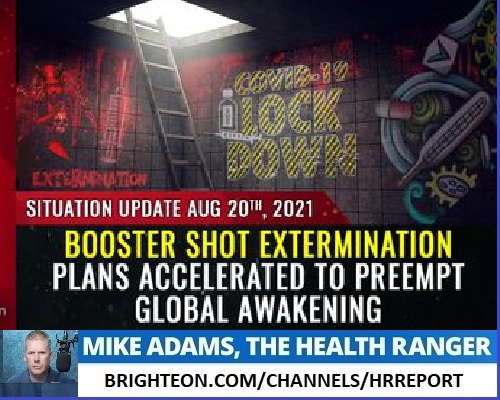 Five dangerous ways America is on a COLLISION COURSE with itself. 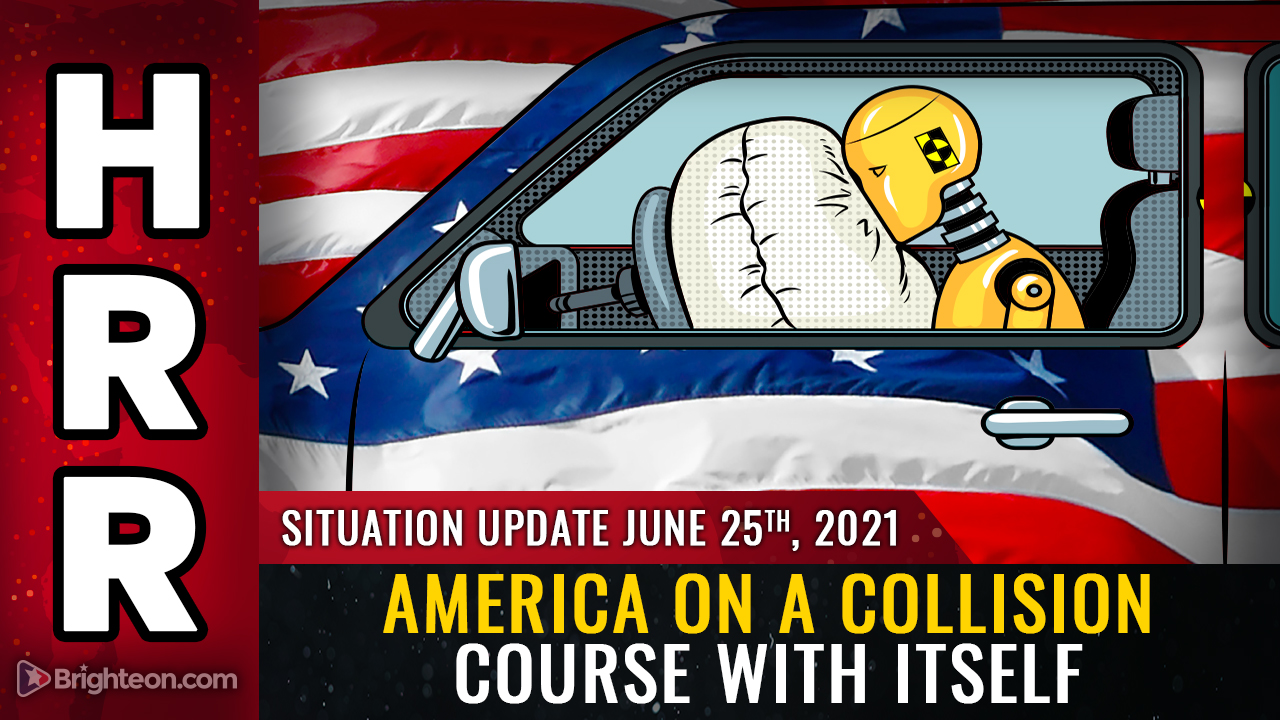 Today’s Situation Update analysis reveals how America is on multiple collision courses with itself. For example:

The mass pollution of soils (biosludge), oceans (microplastics) and the food supply (pesticides) will collide with the increasing demands for food, resulting in global famine and mass starvation.

Massive money printing will collide with collapsing supply lines, resulting in hyperinflation and widespread shortages in consumer goods, automobiles and even military equipment parts.
The truth is that America is on a collision course with itself, and nothing can stop what’s coming in terms of catastrophic ramifications in the food supply, currency collapse, economic collapse, social collapse and the collapse of the rule of law (which is already well under way).The America you once knew is ancient history. And as I predicted years ago, the United States of America as we know it will no longer exist by 2025, if not sooner. (The timeline actually looks like it has been moved up to 2022 – 2023.)

In San Franshitsco, government leaders are now demanding that all 35,000 city employees take covid vaccines as soon as the FDA officially approves them. As I comment in the podcast, this sure is a rapid method for cutting the size of government, since some significant portion of those 35,000 people will of course be dead (or brain dead) within 1 – 3 years, if they are truly forced to take the vaccine.

This is government eating itself alive, deploying biological weapons on its own obedient workers, obviously with catastrophic results.

And it begs the question: How will San Franshitsco function if a quarter or a third of its employees are dead or non-functional? Answer: It won’t. Like most blue cities, San Franshitsco will collapse into utter chaos, lawlessness, unbounded violence and Third World conditions.

Much the same will likely happen across Los Angeles, Seattle, Portland, New York City, Chicago and other predominantly Democrat-run cities. There is no future for America where things return to the “normal” of 2019. All the money printing in the world — and all the media lies — can’t put Humpty Dumpty back together again.

They’ve broken the golden goose. They’ve destroyed the rule of law, the economy and the health of the American people. They’ve terrorized the citizenry with journo-terrorism and CRT indoctrination. There is no recovery from this, only escalating hardship, suffering and mass destruction, all by design.

At this point, it’s no longer difficult to see how the Deagel.com prediction put the U.S. population at around 99 million people by the year 2025. That prediction described the death of around 230 million people. How do we get to those numbers? It’s not much of a stretch:

The CDC says 178 million Americans have already taken at least one vaccine injection, so many of those people will no longer be living by 2025. Then there are the anticipated deaths from engineered famine (mass starvation) being put in place by globalist psychopaths. With the food riots will come mass violence, lawlessness and a total breakdown of city infrastructure, including functioning sewage systems, the electrical grid and any last remaining hope of emergency services. The resulting chaos could easily kill 100 million Americans from the murder, disease (stemming from a total lack of sanitation infrastructure such as running water), exposure to the elements and a total collapse of basic health services. That doesn’t even count the possible number of casualties from regional conflicts (local “civil war” eruptions) that are likely to occur in California, Oregon, Washington, Illinois and other regions.

As all this occurs, the weaker America becomes within its own borders, to more quickly foreign enemies will escalate their own planned invasion and occupation of America. Thus, every American citizen that’s killed by vaccines is one less defender of the nation, from the point of view of the communist Chinese regime that wants to conquer and occupy the continental United States in order to grow enough food to feed its people. (I cover this in last week’s podcast about the imminent cyber warfare threats against America.)

There will be survivors after all this runs its course, but those survivors won’t be weak-willed snowflakes, soy boys, panzies and preferred-pronoun libtard whiners. Only the most durable and prepared among us will still be alive by the end of 2025, barring some sort of divine intervention that somehow halts all these things from happening.