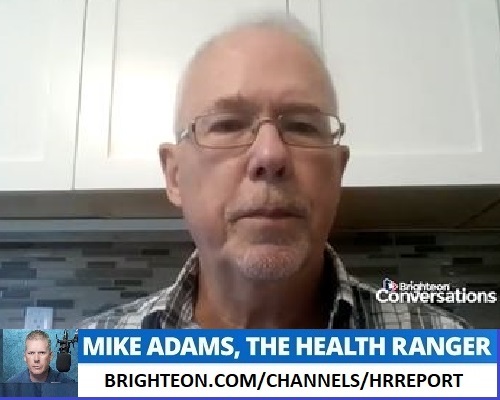 Today is June 28 and I am Dennis Michael Lynch. Below are my opinions on the stories grabbing headlines this morning. I hope you share this briefing as doing so will make you the smartest person in the room, in my opinion.

Building rivals claimed that the partners behind Surfside Champlain Towers South were receiving preferential treatment when it came to getting through the permit system as the site was being built in 1981, the Washington Post said.

Surfside’s developers had contributed to the campaigns of at least two town-council members, then demanded that the donations be returned when the allegations surfaced, according to the outlet.

Meanwhile, the 12-story tower had been on the verge of undergoing $15 million in renovations to pass a required 40-year certification when it collapsed, killing at least nine people and leaving more than 150 unaccounted for Thursday, the report added.

All of the principals believed to have been involved in the design and construction of the building are already dead, the outlet said. The developers behind the project had included Nathan Reiber, a Polish-born Canadian who was also once charged with tax evasion and cited for legal misconduct in Canada.

DML: This is looking worse every day.

On Saturday, the song happened to start while outspoken activist Gwen Berry was standing on the podium after receiving her bronze medal in the hammer throw.

While the music played, Berry placed her left hand on her hip and shuffled her feet. She took a quarter turn, so she was facing the stands, not the flag. Toward the end, she plucked up her black T-shirt with the words “Activist Athlete” emblazoned on the front, and draped it over her head.

DML: Good question… why does the Left hate America?

3 – Trump Organization is ‘given Monday deadline’ to persuade New York prosecutors not to file charges over its financial dealings after CFO Allen Weisselberg refused to flip
The Daily Mail reports: New York prosecutors have reportedly told former President Donald Trump’s attorneys and those working for the Trump Organization that they must respond by Monday with any final arguments as to why criminal charges shouldn’t be filed against his family business.

The Washington Post, citing two people familiar with the matter, said the deadline was another strong signal that Manhattan District Attorney Cyrus Vance and New York Attorney General Letitia James are considering criminal charges against the company as an entity.

Both prosecutors are now working together to probe Trump’s alleged wrongdoing. They are believed to be probing whether the former president’s corporation lied about the value of its assets to benefit from more favorable tax payments, as well as terms on loans it took out.

On Friday, the New York Times reported that Vance could announce charges against the Trump Organization and its chief financial officer, Allen Weisselberg, as soon as this week. Weisselberg has refused to turn on Trump, according to the Post.

Earlier this year, it was reported prosecutors inquiries were centering on payments made to Weisselberg’s grandkids private school, Columbia Grammar and Prep. Both Trump and Weisselberg are reported to have paid the fees for Weisselberg’s son Barry, whose two children attended the Manhattan school. The probe centers on whether those payments – said to total $500,000 – should have been declared as a gift for tax purposes.

DML: I’ve said it before – they will never stop trying to destroy Trump.

4 – National Archives’ racism task force says its own Capitol Rotunda is an example ‘structural racism’ because it ‘lauds wealthy white founders’
The Daily Mail reports: The National Archives anti-racism task force blasted its own headquarters’ rotunda for ‘structural racism’ over paintings it displays which are said to depict the United States’ white founding fathers in too positive a light.

According to the 100-page plus report’s authors, the rotunda’s famed murals depicting scenes such as the sighting of the Declaration of Independence and Constitution are insufficiently tempered with depictions of Native Americans being driven off their land by settlers.

‘While these massive paintings are historically significant and loved by many, others find them oppressive and exclusionary,’ the report, overseen by National Archivist David Ferriero reads.

It adds that a possible solution to alleged issue is to either paint new murals or ‘to stage dance or performance art in the space that invites dialogue about the ways that the United States has mythologized the founding era.’

The report says structural racism ‘permeates all aspects of work and workplace culture at NARA’.

The report didn’t garner much media attention when it was released, but has since been spotted by Fox News.  National Archive officials set up the task force which produced the report in October 2020, in the wake of George Floyd’s murder. Ferriero – who was appointed by former President Barack Obama, is allowed to serve as archivist indefinitely.

DML: Again, why does the Left hate America and our history so much?

Two abortion doulas, Carly Manes and Mar, launched an online campaign for What’s an Abortion, Anyway? on May 10 on Kickstarter. By early June, the pair raised more than $20,000 from 500-plus supporters to create their book in English and Spanish. They wrote the book because, to their knowledge, “there are no published books in the United States about abortion for children under the age of 13.”

“We believe in building a world for kids and adults where abortion is normalized as another outcome of pregnancy, just like miscarriage and birth. Having this book in the children’s section of libraries next to all of the books about pregnancy is one of the ways we hope to do that,” they said on their Kickstarter campaign page.

As abortion doulas, Manes and Mar walk women through the abortion process regularly and provide emotional support. Manes, who wrote the book, describes herself as “a white, queer, Jewish full-spectrum doula from New York” who has supported “more than 2,000 individuals during their in-clinic procedures,” over a period of six years. Mar, who identifies as they/them and is the book’s illustrator, describes herself as a “brown genderqueer cultural worker and full-spectrum doula.”

According to the book’s Facebook page, Manes and Mar are working with Planned Parenthood and Abortion Care Network to donate the book to clinics around the country for children to read. They are also donating 300 copies of the book to public libraries in the U.S.

Manes described the book  as “gender inclusive” on the campaign page — meaning no he/she pronouns because supposedly “people of all genders have abortions.” She simultaneously said the book is “medically accurate.”