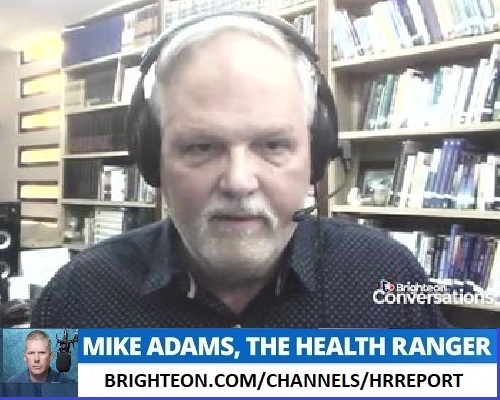 Today is June 14 and I am Dennis Michael Lynch. Below are my opinions on the stories grabbing headlines this morning. I hope you share this briefing as doing so will make you the smartest person in the room, in my opinion.

The president was responding to a question from NBC News’ Peter Alexander about what actions the administration plans to take against Russian President Vladimir Putin. Biden talked about Russia’s ongoing military actions in Syria, but three times mistakenly confused the country with Libya.

“There is a lot going on where we can work together with Russia. For example, in Libya, we should be opening up the passes to be able to go through and provide — food assistance — an economic, I mean — vital assistance to a population that is in real trouble. I think I’m gonna very hard — by the way there’s places where — I should not be starting off by negotiating in public here, but let me say it this way — Russia has engaged in activities which we believe are contrary to international norms,” he said.

WATCH BELOW, as Biden makes the mistake three times, one after the other. (Biden’s aides later confirmed that he intended to say Syria when saying Libya, and brushed off the gaffe.)

DML: Don’t worry – Magoo has everything under control… Maybe…. Well, not quite.

The individuals were later found to be migrants residing in the United States illegally from Mexico, Guatemala, Honduras, El Salvador, Ecuador, and Nicaragua. The home was under guard by smugglers.

All were taken into custody following the joint operation between Border Patrol, Homeland Security Investigations, and the Laredo Police Department.

In a press release, Customs and Border Protection said none of the individuals were wearing any personal protective equipment (PPE) and all were medically screened.

DML: And they just keep coming.

3 – School board member encourages high schoolers to remember ‘jihad’ as they ‘enter a world of white supremacy and capitalism’ during graduation speech – 14 years after her father was fired for using the word
The Daily Mail reports: A school board member called on graduating high school students to remember ‘jihad’ at their commencement as she warned they were entering a world of, ‘racism, extreme versions of individualism and capitalism, [and] white supremacy.’

Abrar Omeish, the sole Muslim member on the Fairfax County School Board, in Virginia, addressed the graduating students of Justice High School on June 7.

In English, she told them that: ‘The world sees the accolade, the diploma, the fruit of all your years yet be reminded of the detail of your struggle.’

But when she repeated the speech in Arabic, she told students to remember their ‘jihad’ – meaning holy war waged on behalf of Islam, according to Merriam Webster. It also means a crusade for a principle or belief.

Her Libya-born father Esam Omeish, a surgeon, was forced to resign from the Virginia Commission on Immigration in 2007 when video emerged from the year before, showing him condemning Israel and advocating ‘the jihad way.’

His daughter, who was previously called to resign for an anti-Israel tweet, said the school was her father’s alma mater, and told the graduating class that they were entering a world ruled by white supremacy and capitalism.

DML: This is why conservatives need to start running for school board – ASAP!

They are also demanding Hollywood studios take action against states that have passed “anti-trans legislation” — which presumably refers to laws banning transgender drugs and surgery for minors, as well as laws prohibiting transgender women from competing in girls’ sports.

In an open letter sent Friday, the LGBTQ+ Writers Committee of the Writers Guild of America, West said Hollywood must do more to increase on-screen representation and fight discrimination.

“The industry’s storied history is also one steeped in decades of codified bigotry against the LGBTQ+/queer community,” the committee said in the letter, which was timed to coincide with Pride Month. “The portrayals of Hollywood’s past — and present — are responsible for exacerbating harmful stereotypes and stigmas that have persisted through generations.”

It had been about six months since Dr. Eugene Choi got the second dose of the Pfizer vaccine. But right now, the Los Angeles-based radiologist is in quarantine fighting off the virus he thought he wouldn’t get.

“Even when I think about it today, it’s crazy,” Choi said. “I can’t believe I have COVID.”

His wife also tested positive for the virus, also happening months after she was fully vaccinated.