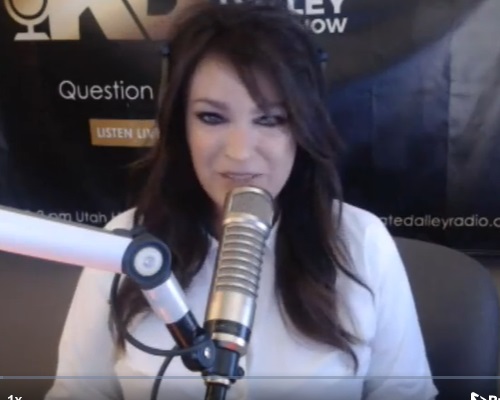 Today is July 6 and I am Dennis Michael Lynch. Below are my opinions on the stories grabbing headlines this morning. I hope you share this briefing as doing so will make you the smartest person in the room, in my opinion.

1 – Bloodbath across America: 184 Die Over Independence Day Weekend As Violent Crime Continues Its Rise
The Daily Caller reports: Gun violence over the Fourth of July weekend resulted in 184 people killed and 464 injured across the United States, according to data from Gun Violence Archive.

The data shows injuries and homicides caused by gun violence during a 72-hour period, from the evening of Friday, July 2 to the evening of Monday, July 5, according to Gun Violence Archive data.

In Chicago, 13 people were killed and 64 people were injured, data from the Gun Violence Archives shows. The most shooting attempts occurred in Chicago – 51 of the 490 incidents.

Here’s what GOP House Leader Kevin McCarthy had to say about it:

2 – San Francisco Neiman Marcus hit by shoplifters who fled with merchandise
Fox News reports: Police in San Francisco said late Monday that they were investigating a brazen robbery at a high-end retail store in the center of the city, according to reports.

KTVU reported that the incident occurred at about closing time at a Neiman Marcus location. The report, citing witnesses, said display cases were smashed and items were lifted from racks inside the store before the suspects fled. A portion of the incident was captured on cell phone video.

Dion Lim, an anchor for KGO-TV, reported that city police confirmed the “shoplifting incident” at a Neiman Marcus at about 6 p.m. in Union Square. She tweeted that she was sent the video b a person whose wife works in the vicinity.

Led by professor of history Timothy Snyder and professor of philosophy Jason Stanley, “Mass Incarceration in the Soviet Union and the United States,” sets out to investigate the role that mass incarceration played in both superpowers during the latter half of the 20th century.

“Incarceration is central to the understanding, if not usually to the self-understanding, of a society,” reads a course description. “It is thus a crucial aperture into basic questions of values and practices.”

Reading for the course will include first-person accounts from the Gulag and American prison, as well as scholarly works on mass incarceration. The course will also take account of prison systems in Nazi Germany and communist China.

University of Canterbury Professor Anne-Marie Brady is an expert on China’s attempts to exert political influence around the world and has been an outspoken critic of its ruling single-party elite.

Last week, she sent tweets poking fun at the party’s 100th anniversary celebrations and querying why hardly anyone else turned up for the event. In one tweet, Brady suggested an alternative headline for a news article about the celebrations: “Xi: its my Party and I’ll cry if I want to,” she wrote.

Two tweets were temporarily marked “unavailable” by Twitter and her account was temporarily restricted over the weekend, before it was restored on Monday.

“To set the record straight, the assertion that Twitter is in coordination with any government to suppress speech has no basis in fact whatsoever,” Twitter said. “We advocate for a free, global and open internet and remain a staunch defender of freedom of expression.”

DML: Why does this sound familiar?

The law, which took effect July 1, will now allow the state’s nearly 5,000 DACA illegal aliens, along with illegal aliens who hold federal government-issued work permits, to obtain professional licenses to hold jobs in education and healthcare, among other industries.

“The passing of this law was a special moment in Arkansas history,” Hutchinson said.

Our user ID is @DMLNewsApp. Follow us there if you are on GETTR. And please stay plugged in to the DMLNews APP on your phone as well.