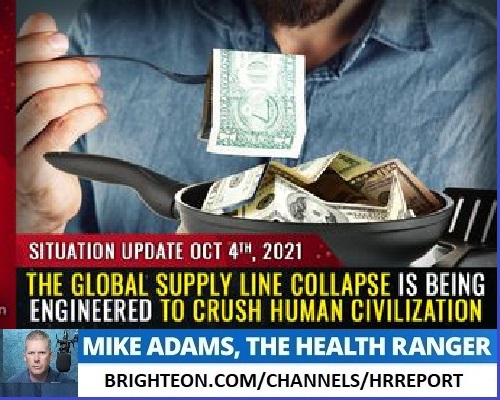 Today is July 26 and I am Dennis Michael Lynch. Below are my opinions on the stories grabbing headlines this morning. I hope you share this briefing as doing so will make you the smartest person in the room, in my opinion.

1.Video of Tucker Carlson being verbally attacked by man in Montana goes viral
Fox News star and conservative firebrand Tucker Carlson was approached by a tall, overweight man who has been identified as Dan Bailey.  The event took place inside a Montana-based fishing gear store where Carlson was shopping.  The confrontation was captured on video.  The man walks up to Carlson, gets in his face, and then says, “You are the worst human being known to mankind. I want you to know that.”

Carlson, who was with his young daughter at the time, told the man of his child’s presence and asked him to stop.  The man said he did not care about his daughter.  He continued to get in the TV mega-star’s face.  The store put out a statement saying they had nothing to do with the man who harassed Carlson despite the store owner having the same name as the man who carried out the verbal attack.

DML: I wish this video ended with the piece of white trash on his back.  Meanwhile, over in the sewer hole known as Twitter the Left is treating Bailey like a hero.  It’s amazing how the Left celebrates all the losers.  Add Dan Bailey to the list of new statues being sculpted.  He’s next in line right after a few more statues of George Floyd, Michael Avenati, and the Cuban government are finished.

In the first expressway shooting Thursday, according to Illinois State Police, an unidentified male driver crawling along morning traffic on I-290 witnessed a robbery taking place on the Chicago Transit Authority platform.

That driver pulled over to the shoulder, exited the vehicle and opened fire.

The individual, who has not been identified by authorities, reportedly hopped back into the vehicle and peeled off. No injuries related to the incident have been reported.

The second incident Thursday happened when a 22-year-old passenger in a vehicle traveling southbound on I-94 at Old Orchard was shot after someone in another vehicle opened fire. The victim’s injuries were minor and not believed to be life threatening.

Expressway shootings have continued to surge in Cook County despite the Illinois State Police receiving a $12.5 million grant in February from the Illinois Department of Transportation for the purchase and installation of automated license plate readers, software and specialized cameras. A state police spokesperson told Fox News the department hopes the cameras will be installed “in the coming weeks.”

DML:There have been 137 shootings on Chicago-area expressways so far this year as of Sunday, Illinois State Police confirmed to Fox News. There were 128 expressway shootings in Chicago in all of 2020, and 52 in all of 2019.   I’m willing to bet all the tea in China that nearly every shooter was a black man.  Where’s Black Lives Matter, the mainstream media, Barack Obama, LeBron James and Joey Magoo Biden calling on BLACK MEN to stop acting like terrorists?  Lets be honest, Black Lives Matter is out for “money and power” — that’s all that matters.  They can care less about “lives” of black people.  I thought it would be interesting to search for “Chicago gang” on Twitter.  Look at the sort of people/comments the search attracts.

3. Bitcoin surges on Amazon speculation
NY Post – The price of bitcoin surged Monday morning to as high as $39,770 per coin after a job posting from Amazon hinted that the company is considering embracing cryptocurrencies.

The price of the digital currency was last seen trading almost 11 percent higher, at $38,200 per coin, according to Coinbase data.

That brings its price back to levels not seen since mid-June and comes after weeks of difficult trading that saw bitcoin slip briefly below $30,000 per coin last week.

Other popular cryptos also rallied into the start of the week.

DML: I purchased a few dollars worth of Bitcoin two years ago.  Nothing big. I figured I’d give it a shot.  If I lost the money I’d be bummed but it’s not life changing.  If I hit it big, well then good for me.  As of today my investment is up seven-fold. 4.Vladimir Putin boasts he can hit enemies with an ‘unpreventable strike’ just weeks after Russia fired warning shots in path of British warship
Daily Mail – Vladimir Putin boasted yesterday that Russia had the power to launch an ‘unpreventable strike’ against its enemies in a show of strength following the confrontation with Britain in the Black Sea.

The Russian president told a navy day parade in St Petersburg: ‘We are capable of detecting any underwater, above-water, airborne enemy and, if required, carry out an unpreventable strike.’

It comes as military officials announced tests of advanced new weapons – some of which come from an arsenal Mr Putin has described as ‘invincible’.

DML: Meanwhile, the United States of America is focusing on renaming sports teams because a handful of radicals cry that the names are racist.  Putin must be laughing his ass off.  While Russia builds machines of power, we are changing the Cleveland Indians to the Cleveland Guardians.  Pathetic we are!

Ramil is not showing additional symptoms, the zoo said, but because he shares an enclosure with a female snow leopard and two Amur leopards, the staff assumes they have been exposed. As a result, the animals were quarantined and their exhibit was closed.

It’s unclear how Ramil got infected. In January, a troop of eight gorillas at the zoo’s sister facility, San Diego Zoo Safari Park, contracted COVID-19 from a keeper who had the virus but showed no symptoms.

DML: Where’s Anthony Fauci on TV demanding these tigers, lions and bears to wear masks! I found it very interesting, and sort of hypocritical, how the AP writes about the snow leopards are being quarantined.  Really?  Taking them out of the wild and locking them in cages for a lifetime isn’t a quarantine?  If they really cared about the snow leopard they’d release them back into the wild.  Zoos are prisons.  Bottom line.

6.Judge Forces School to Accept Trans Runner on Girls Team
Breitbart-A West Virginia judge ruled that a school must allow a biological boy to try out for a girls’ cross-country team despite the state’s recent law limiting schools to allowing only students born as females into girls’ sports.

On Wednesday, Bill Clinton-appointed Judge Joseph Goodwin of the U.S. District Court for the Southern District of West Virginia issued a take-down of the state’s Save Women’s Sports Bill and ordered the state to allow 11-year-old transgender student Becky Pepper-Jackson to try out for a girl’s middle school cross-country team.

Goodwin claimed that the law is not valid while it faces a pending case against it, and the transgender student must be allowed to compete as if the law does not exist. “While this case is pending,” the judge wrote, “[the student] will be permitted to sign up for and participate in school athletics in the same way as her girl classmates.”

The law states that “[a]thletic teams or sports designated for females, women, or girls shall not be open to students of the male sex where selection for such teams is based upon competitive skill or the activity involved is a contact sport.” The law maintains that students will compete only on teams that correspond with their “biological sex.”

DML: Easy fix.  Cut the kid from the team.