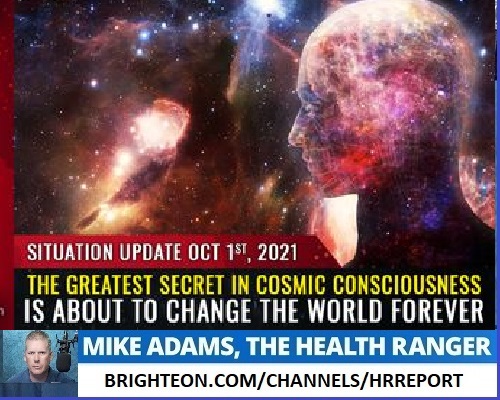 Today is July 23 and I am Dennis Michael Lynch. Below are my opinions on the stories grabbing headlines this morning. I hope you share this briefing as doing so will make you the smartest person in the room, in my opinion.

1.Face mask mandates pick up steam
Fox News -Momentum appears to be building behind calls to bring back universal mask-wearing – even for those who are vaccinated – including reported discussions in the White House and at the Centers for Disease Control and Prevention (CDC) about recommending masks for all Americans.

The Washington Post first reported that the idea was being batted around within the White House, even if it was something as minor as a change in messaging from top officials rather than a wholesale update of CDC guidance. That guidance was changed in May to say vaccinated people don’t need to wear masks indoors.

At least two major cities are moving to bring back universal masking even without decrees from the Biden administration. Los Angeles last week issued a new mandate for all citizens regardless of vaccination status to wear masks in indoor public spaces. And New Orleans on Wednesday issued an indoor mask advisory.

DML: I am never ever wearing a mask. Why would anyone get a vaccine if wearing a mask is required.  It’s voodoo.  It’s like telling me to wear my seat belt when the car is off and in the parked position.  Below is a list issued from a health official in Canada.  He made a video about why masks don’t work. YouTube took it down, but his bullet points remain.

2.Diners run for their lives as two men are shot in broad daylight at Washington DC restaurant: Police release footage of gunmen fleeing in getaway car
DailyMail – Two people have been shot when at least one gunman opened fire along a busy dining street in Washington DC, before running from the scene, jumping with another man into a waiting car and speeding off.

Police on Thursday night said they were searching for the gunman or gunmen, and published surveillance footage.

It showed a black man in a lime green or yellow hoodie and another man in all black running from the scene and jumping into a waiting black Honda Civic.

The man dressed in all black appeared to discard something in his left hand, behind a dark red Sedan.

One man was shot in the chest and another in the arm, according to WUSA9. Both were conscious and breathing.

DML: Make no mistake, a white man must have provoked the black man to shoot and run. Systemic racism, social injustice, PTSD from looking at confederate statues… you know all the reasons why black men shoot and kill. All that’s left is for the black shooter to set up a Go Fund Me page and become a millionaire. Welcome to the United States of Joey.

3.Border Patrol Reports 300K Got-Aways in 2021 – 1600 Daily
Breitbart -U.S. Customs and Border Protection reached a 300,000 migrant got-away count for Fiscal Year 2021, according to an agency source speaking on the condition of anonymity. This figure represents the total number of migrants who avoid capture.

The metric is usually not officially released. It is achieved by counting migrants who ultimately escape apprehension after being observed by surveillance systems. Border Patrol agents also use traditional sign-cutting techniques to spot footprints. It is not a perfect investigative method. Sources say the got-away count is usually lower than reality.

During this fiscal year, which began in October, more than 1 million migrants have been apprehended along the southern border. The June Southwest Border Land Encounters Report released by U.S. Customs and Border Protection showed a massive increase in apprehensions when compared to the same period one year earlier when agents apprehended only 129,077 migrants. From February 1 to June 30, Border Patrol agents apprehended 791,571 migrants who illegally crossed the border from Mexico.

DML: My new film, They Come to America IV, will cover this topic.  The film will be available by November.  I wonder if Amazon Prime will allow it to be shown.  My podcast today, which is prerecorded, highlights an interview I did in 2012.  Listen to the podcast and you’d swear I was giving the interview today. Ten years later the border remains a mess.  I would fix it if I was president.

Shares of Twitter jumped more than 5% in the premarket Friday.

DML: I don’t think they miss Trump like you do.

With a report of the loss of 430,000 subscribers, the lost customers marks the first time the streaming giant has seen such a deficit in more than two years, according to the Financial Times.

DML: I would like to say they got spanked for being “woke”, but Twitter defies that explanation.   Maybe people are tired of being locked in their homes watching TV instead of living life.  No worries Netflix, if Biden and Fauci have their way we’ll all be locked up again soon.